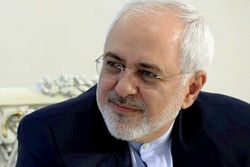 I congratulate the dear brother and friend, His Excellency Mr. Sayyid Badr bin Hamad bin Hamood al-Busaidi, for his appointment as Minister of Foreign Affairs of the brotherly Sultanate of Oman, and he received the trust from a wise brother His Excellency Yusuf bin Alawi bin Abdullah, Zarif wrote in his Twitter account on Wednesday.