Iran’s Islamic Revolution Guards Corps (IRGC) is conducting large-scale aerial and naval drills off the strategic Strait of Hormuz and in the Persian Gulf, with the country’s first domestic multi-purpose satellite monitoring the process

According to the IRGC’s Sepah News, the final phase of the exercises, codenamed Payambar-e A’zam (The Great Prophet) 14, kicked off on Tuesday across land, air and sea in the general area of Hormozgan Province, west of the Hormuz Strait and in the Persian Gulf.

Several units from IRGC’s Navy and Aerospace Division are taking part in the maneuvers, which feature missiles, vessels, drones, and radars, and are designed to practice both offensive and defensive missions. 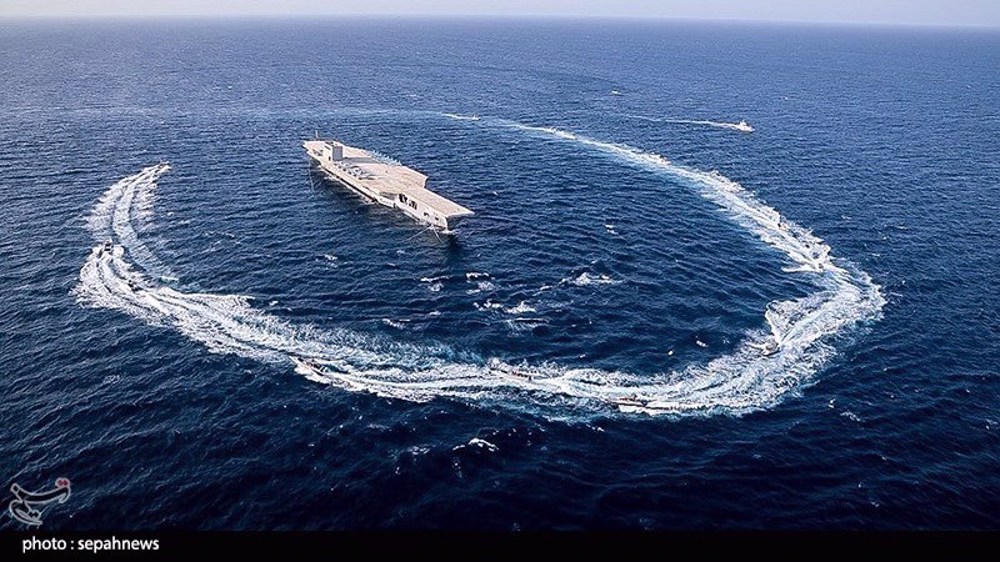 The IRGC forces are slated to conduct missile, drone and mine-planting operations against mock enemy targets during the drills. They are also scheduled to practice tactics to cut off the connection lines of enemy vessels.

Brigadier General Abbas Nilforoushan, the maneuvers’ spokesman, said during the exercises, “the interception of ballistic and cruise missiles has been drilled, while surprising weapons and hardware — including long-range ballistic missiles capable of striking intruding vessels floating at a distance — are being used.”