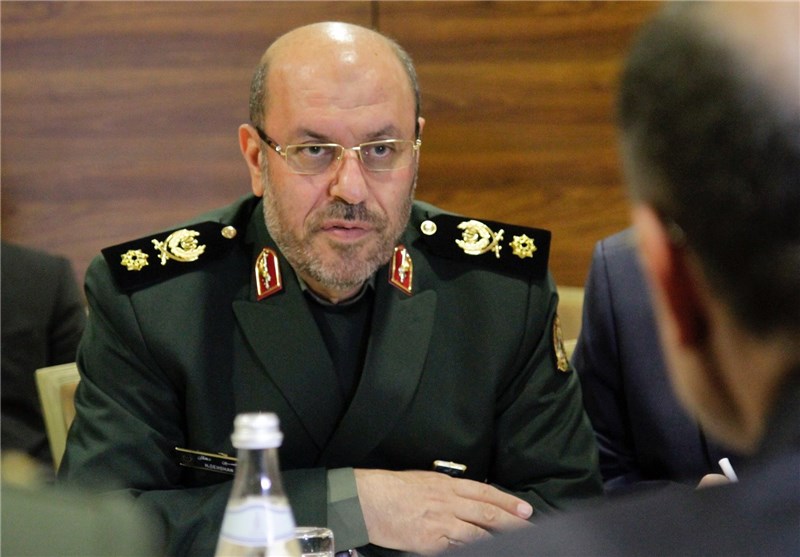 Speaking at a meeting with Syrian Defense Minister Fahd Jassem al-Freij in Tehran, Brigadier General Dehqan emphasized that taking firm and decisive action against terrorism is among Iran’s declared policies.

"Based on the request of the legitimate government of Syria, we regard supporting the people and government of the country as our duty,” the Iranian defense minister said.

He further highlighted the Islamic republic’s resolve to combat terrorism and provide all-out support for Syria, including military consultations and humanitarian assistance, saying that Tehran’s measures is aimed at establishing peace, stability and security in the Middle east region.

Freij, for his part, hailed Iran’s continued supports for the Syrian nation in its anti-terror campaign and said undoubtedly such supports would lead to the victory of the Axis of Resistance against terrorist groups.

Syria has been gripped by civil war since March 2011 with Takfiri terrorists from various groups, including Daesh, currently controlling parts of it.

According to a new report by the Syrian Center for Policy Research, the conflict has claimed the lives of over 470,000 people, injured 1.9 million others, and displaced nearly half of the country’s pre-war population of about 23 million within or beyond its borders.

In the meantime, Iran has remained a close ally of Syria and supports its legitimate government in the face of foreign-backed militancy.