US in no position to snap back Security Council sanction

Iran has dismissed propagation by certain foreign media outlets that a request by Washington would reinstate the United Nations Security Council’s sanctions against Tehran. 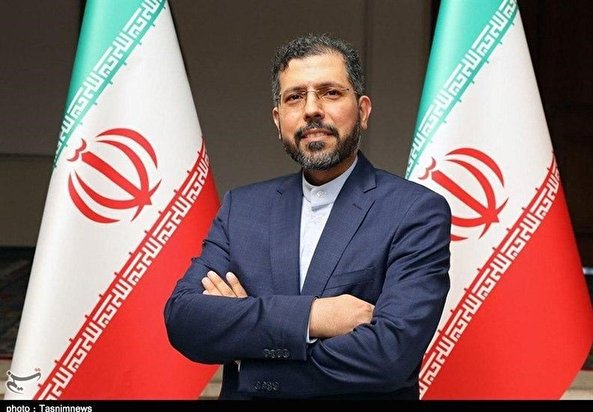 Speaking to reporters on Friday, Iranian Foreign Ministry Spokesman Saeed Khatibzadeh said the US would never achieve its illegitimate objectives.

The current news stream, the Iranian official added, is preaching a situation where a mere request coming out of the White House has nullified the Security Council resolutions and re-imposed the sanctions subsequently.

“This is while the US has no authority to take such action and has only submitted a ‘request’ to the rotating president of the Security Council in a measure in violation of the international law and of the [UN Security Council] Resolution 2231.”

He noted that all parties to the multilateral nuclear agreement, officially known as the Joint Comprehensive Plan of Action (JCPOA), have rejected such a request.

“The US has become so isolated even among its allies that it has called the three European countries (Britain, France and Germany) the allies of Iran’s ayatollahs,” the Iranian diplomat said.

He reiterated that all the remaining parties to the JCPOA, including the three European states, Russia and China, “immediately and strongly” opposed such a “groundless and illegal” request.

Khatibzadeh expected that the other members of the Council adopt a similar stance in the coming days.

As part of an illegal underway push, the United States is trying to invoke a “snapback” mechanism in the JCPOA despite its withdrawal in May 2018 in violation of UN Security Council Resolution 2231 that endorses the nuclear deal.